Hsinchu Zoo started its regeneration plan in 2015 and reopened on December 28, 2019. We have finally come to see this refreshing new park! Compared with the past design, the overall planning is more friendly to animals, and the iron cage is less restrained, and the zoo has become a brand-new model. The park even displays an iron cage where the yellow owl owl lived in the past, allowing visitors to enter and experience the helplessness of the animals before being restrained, which is very meaningful.

✔ Tickets for popular attractions in Hsinchu

◾Monarch Hotel｜5000 yuan and above

Public transportation: After taking the train to Hsinchu Railway Station, transfer to Hsinchu Bus No. 1, 2 and 31 and get off at Gongyuan Station.
By car: Take National Highway No. 1 Hsinchu Interchange and go straight on Guangfu Road towards Hsinchu. If you encounter a viaduct, take the outside line without going up to the bridge, then turn left on Food Road and turn right when you encounter the intersection of Boai Street. Information about nearby parking lots is as follows:

The Hsinchu Zoo was founded in the 25th year of the Republic of China. It is the oldest zoo in Taiwan. It was once again seen by everyone after it was renovated. When you come to the zoo, you must remember to bring water and sun protection items, because there are fewer shelters outdoors, and you need to be mentally prepared for a whole day of sun exposure~ The Hsinchu Zoo covers an area of about 2.7 hectares, and it takes a lot of time to complete the tour. Outside the zoo is Hsinchu Park. There are many small facilities, Japanese-style buildings, restaurants, glass workshops, Taiwan Insectarium, Zoo Library and other indoor attractions, which always attract many people on holidays.

Before entering the zoo, you will pass through a landscaping tunnel, where there are many animal specimen displays and explanations, and you can see the birds outside through the glass~

With friendly animals and preserving history as the core, try to put different animals together, which is different from the narrow cages in the past. The design of the park is special. After exiting the tunnel, there is the antelope area. You can see the antelopes walking in the distance, and you feel like you are in Africa in an instant ?

There is a spacious circular square in the middle. There are small food trucks selling water and food. At first, I was a little lost, but after finding the signs, it is clear to follow the planned route~ There are a lot of people in the zoo, it is very lively, and there are many parents. Traveling with children is full of laughter and exclamation.

Hsinchu Zoo has a wide variety of animals, including relatively small Taiwanese macaques and raccoons, as well as large hippos, Bengal tigers, and even alpaca (grass and mud horses), which are very red in recent years. In front of the animals in each district, the current distribution area, habitat, feeding habits of these animals, and whether they are endangered or not will be marked.

The hippopotamus in the park is called Lele. We walked to the hippo area and stayed for about ten minutes. Lele was almost soaked in the water. He only got up every three minutes to change his breath. It was so suffocated. There was only a tiny bit left when it sank to the bottom. Every time his ass surfaced, the audience would exclaim in surprise! However, I still captured the scene of Lele eating pasture aside. It is said that he would eat 60 kilograms a day!

For Jeffy from the Department of Physics, the university was so frightened to see this big flamingo standing posture! I don't believe that such a thin foot can support the whole body. Some flamingoes who are sleeping even stand on one leg. It is really amazing! However, according to the information introduced on the official website, flamingoes don’t need muscles to stand up~ so don’t worry about them standing sore feet (I don’t know if they will sit down!?)

I always thought that the Malay bear was the illustration work of the famous illustrator Cherng. Later, I found out that the illustration was a Malay tapir. ? The Malay bear is the smallest bear, the shortest hair, and the only bear that does not hibernate. There is a clear sign on the chest. The U-shaped white pattern looks a bit like the white light emitted by the sun, so it is also called the sun bear.

When Jeffy was a child, he saw the photos of grass horses and felt super cute. He wanted to talk about how there are animals with faces that look like "囧". He thought it was a KUSO photo on the Internet. Later, he discovered that there are such animals, but they are not called grass. Nima, it’s called alpaca~ The two alpacas "coffee" and "milk" from Kaohsiung Wanshoushan Zoo only entered the Hsinchu Zoo last year. They often spit to protect themselves when they are nervous or stressed. The mayor of Hsinchu spit out ?

With the promotion of conservation concepts in recent years, Taiwan macaques have become more and more likely to be seen in the wild or in the mountains. Allie didn’t know the habits of monkeys in the mountainous areas. I am still a little afraid of macaques, but there is a distance between the monkeys in the zoo and the viewing area, so you can enjoy the group life of macaques with confidence.

We who like cats, of course, also have a soft spot for cats ? may be because Bengal tigers usually like to act alone. In the Bengal tiger area, two tigers will collide and make a low roar from time to time, but It looks like big cats are fighting, which is very interesting.

Orangutans, like the Bengal tigers, have a particularly large open-air area. They usually walk to the iron gate area behind to stay, as if waiting for something. Then they walk to the front platform and put out various poses, giving us a kind of wise man’s. It feels, and because the average IQ of orangutans is about 4 to 5 years old, in addition to learning life skills, they even learn to clean with a brush. They look so cute.

The souvenir shop is also an indispensable part of the park. In addition to bringing adults and children closer to and understanding of uncommon animals, bringing home some cute animal merchandise is also the focus of the journey! The souvenir shop in the Hsinchu Zoo not only sells various animal products, but also has a green wall with a variety of animal neon patterns at the entrance and an interactive check-in wall where you can leave pictures of interacting with animals. It’s good to take pictures everywhere!

Hsinchu Zoo used to house an injured yellow croaker. This semi-circular building used to illuminate a large bird cage, which was its residence. This time through the zoo’s "regeneration project", in order to give the animals a happy new home, the yellow owl owl cage has been removed and placed in a different part of the park. Visitors can enter the cage to experience the preciousness of freedom (being locked up). The kids seem to have fun inside ?

The Forest Canteen is located near Exit 1. It is a famous parent-child restaurant here. The pure white appearance of the building made us want to take a few beautiful photos on the Internet. In the restaurant, you can directly watch the Eland antelope, ostrich and alpaca in the zoo. The experience of watching these animals dining should be very special?

Under the implementation of the regeneration plan, the overall feeling has been renewed, and the animals seem to have a larger and more free space than in the past. With the introduction of the zoo, we can better understand the wonders of nature and the current number of animals, and hope that there will be a bigger and free zoo in the future! 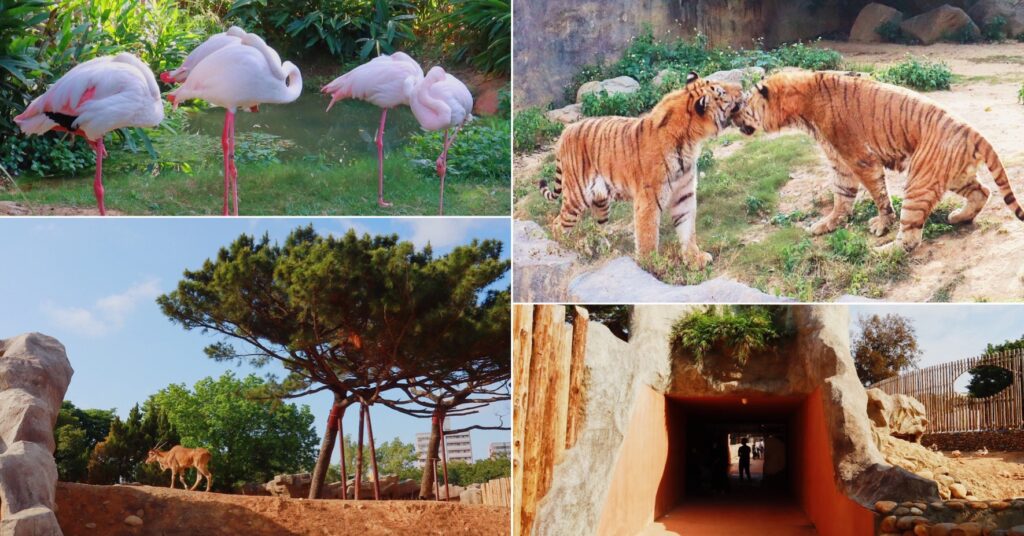 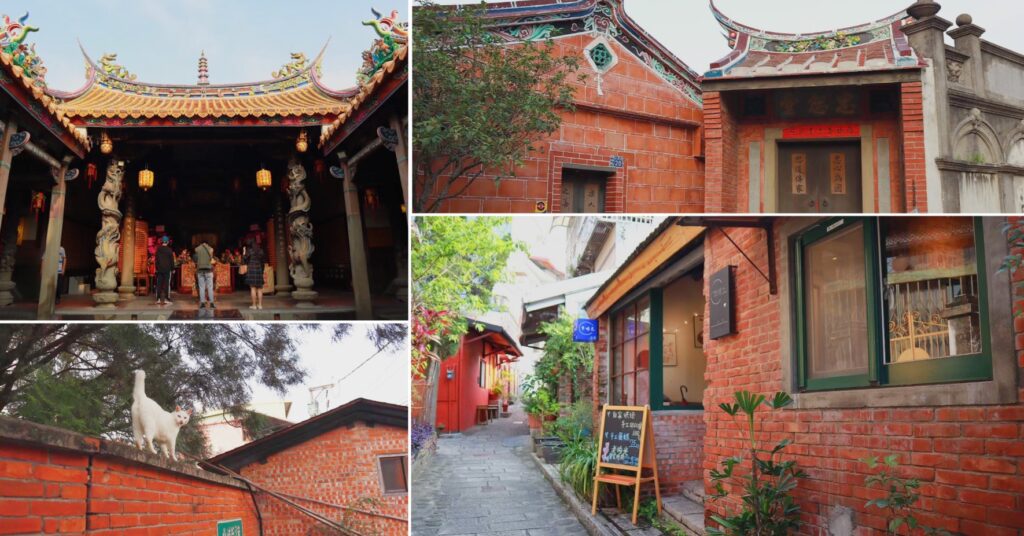 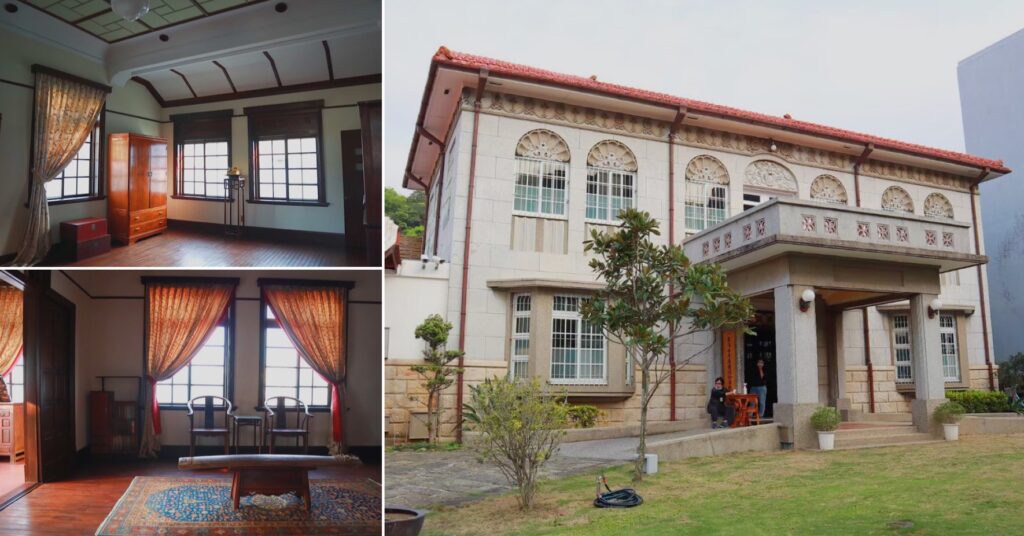 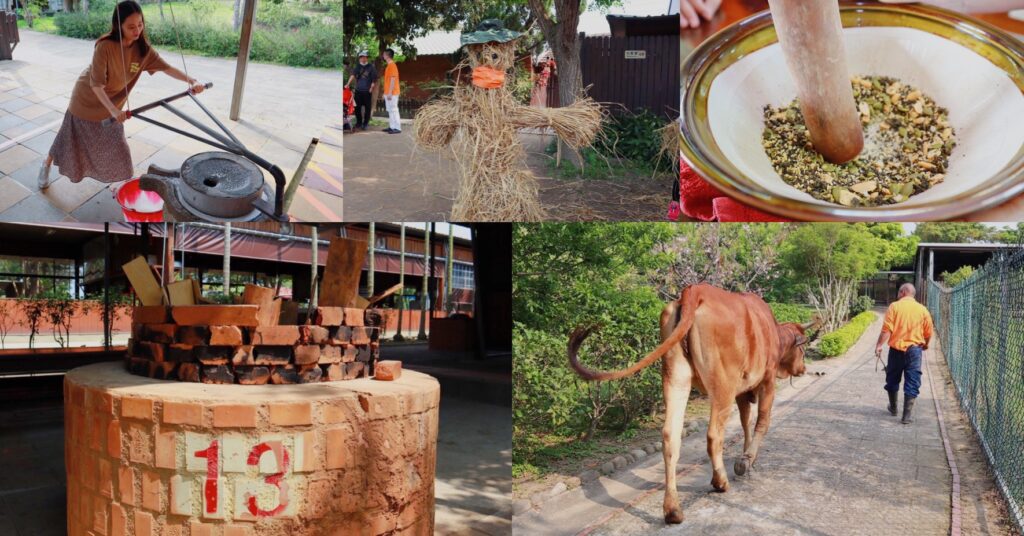 【Hsinchu Food】Li. Pork belly chicken with pepper in private pot, super rich chicken soup, a good place for Hsinchu people to have a dinner after get off work!

[Hsinchu Gourmet] Uilly Curry is a hidden delicacy next to the Chenghuang Temple. It offers fried chicken curry and hot pot pudding (with menu)

[Hsinchu Gourmet] Three freshly grilled eels at Mikawa Nakagawaya, how to eat in Kansai, Japan. After eating it, I fell in love with eel rice! (With menu)