Shifen Waterfall, located near Shifen Station, isThe largest curtain waterfall in Taiwan, The majestic and majestic scenery is even more known as the "Taiwan version of Niagara Falls." This time we parked the car at Shifen Visitor Center and walked for about 20 minutes to easily reach Shifen Waterfall Park. The trails along the way are perfect and easy to walk, and you will pass by on the waySiguangtan Suspension Bridge,Spectacle Cave Waterfall,Waterfall Bridge, Is a natural attraction suitable for family trips, let's take a look!

Take bus 795 or F821 and get off at "Shifen Visitor Center Station", and you can walk into Shifen Waterfall Park.

Take the Taiwan Railway to Shifen Station and get off at Shifen Street, enter the third section of Jing'an Road, and then connect to Shifen Sightseeing Bridge, and you will arrive at Shifen Waterfall Park. It takes about 20 minutes to walk.

Drive and ride by yourself

Navigate toShifen Visitor Center, Or "No. 136, Nanshanping, Nanshanli, Pingxi District, New Taipei City", parking is available in the parking lot of Shifen Tourism Center opposite. There are many parking spaces, 30 yuan/hour on weekdays and 40 yuan/hour on holidays.

After parking the car, you will first come to the Shifen Visitor Center, where you can go to the restroom to add water, and enter the trail after bypassing the visitor center!

After walking for about 30 seconds from the visitor center, the first stop immediately came to the Siguangtan Suspension Bridge, underneath is the Keelung River, but when we went that day, there was not much water below. With a clear sky and good weather, I feel better when I walk on the bridge! Although it is a suspension bridge, the overall stability of the bridge is very high and it will not shake at all. You can see a lot along the wayThe topography of the potholes, caused by the flow of the river, has caused the stones to rotate, and under the accumulation of erosion over time, a number of circular holes have been formed, which is a peculiar geographical landscape.

After leaving the Siguangtan Suspension Bridge, walk along the trail for about five minutes, and you will see the train tracks and the waterfall suspension bridge. When walking through the stairs of the waterfall bridge, Jeffy pointed to the water slowly flowing down the rocks and said: Waterfall! But the current is too small, Allie smiled and said that this should be a waterslide. Later I found out that this is really Spectacle Cave Waterfall! The name is taken from the two dazzling large caves above. Unfortunately, there has been too little rain recently~ I can't see the sight of abundant water.

Then go up, you will come to the waterfall viewing bridge, but you can see the Spectacle Cave Waterfall instead of Shifen Waterfall! You can see the full picture of the waterfall on the suspension bridge. When there is plenty of water, it can be seen that water flows from the eroded holes on both sides, like tears on the bridge of the nose. The track on the side is the Pingxi branch railway, and you can see the train passing by from time to time as you walk!

After walking for about 20 minutes, we arrived at the resting area in front of the entrance of Shifen Waterfall Park. There were many bronze horses and bronze sheep statues standing in rows to greet us. A little further ahead is the Erawan Buddha and food vendors area, with rocking chairs and seats for a short stay.

Walking in the vendor area, there are many vendors selling baked goods, ice cream, and drinks. The aroma of grilled sausages and grilled chicken wings continued to smell, and we got hungry as we walked, so we bought the chicken wings wrapped rice in the food area, and rewarded ourselves after 20 minutes?

The gourmet seating area is located above Shifen Waterfall, only the emerald green calm water flows slowly, but Shifen Waterfall is not visible. Hearing the sound of falling into the water, we can’t wait to go down and have a full view of the waterfall! Shifen Waterfall Park is currently free of admission, but during the epidemic period, it is necessary to take accurate body temperature and actual connection system.

In the process of heading to the waterfall, because it is going down the stairs, it does not consume energy at all, and it does not take long to reach the viewing platform of Shifen Waterfall! The largest curtain waterfall in Taiwan is indeed well-deserved, with a vertical drop of 20 meters and a width of 40 meters. The water flows vertically down the wide and deep pool. From a distance, it looks like a giant floor-to-ceiling window, which is extremely shocking! And because this area is full of moisture, a rainbow will be reflected under the refraction of the sun, and it has the reputation of "Rainbow Abyss".

Shifen Waterfall can only be viewed from a distance, because the water under the waterfall is deep and dangerous, so swimming and playing in the water is prohibited. When I visited Taiwan that day, there was a shortage of water. I heard that the usual waterfalls are more abundant, and the entire stream is pouring down very enjoyable. If you want to see it, you can only find a chance to visit again.

Wanggu Waterfall near Shifen is also a good place to visit. It is only 500 meters from the trail entrance to the waterfall. You can see Wanggu Waterfall by a simple walk. Although it is not as spectacular as Shifen Waterfall, it is also quite different. A feeling too!

After enjoying the spectacular Shifen Waterfall, why not go to Shifen Old Street and Shifen Station on the side! The sight of businesses relying on railway development is unique, and it reminds us of Thailand’s Maeklong Railway Market? There are several delicacies such asZhou Wanzhen Cake Shop,Hutchison Red Bean Cake, You can come if you want a dinnerGo back to the lane and stir fry,Very sisters quickly fry,Very convenientWait, so I can visit delicious sightseeing spots!

The curtain-style Shifen Waterfall looks more domineering. The magnificent landscape is a great sightseeing spot in northern Taiwan. From the visitor center to the park, the planning is very complete, it is very comfortable to walk, and it is also very suitable for parent-child travel. Eat and play, let’s go out next holiday! 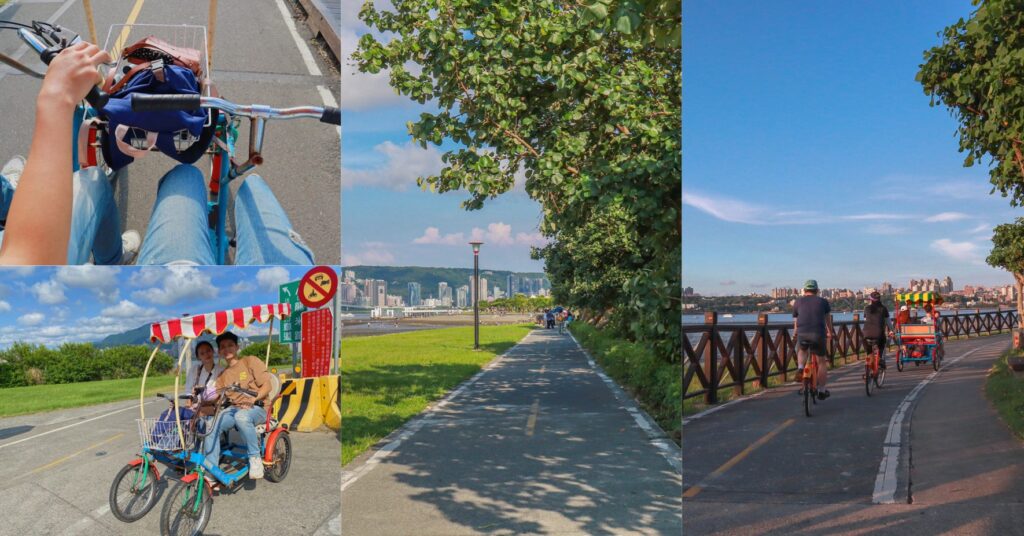 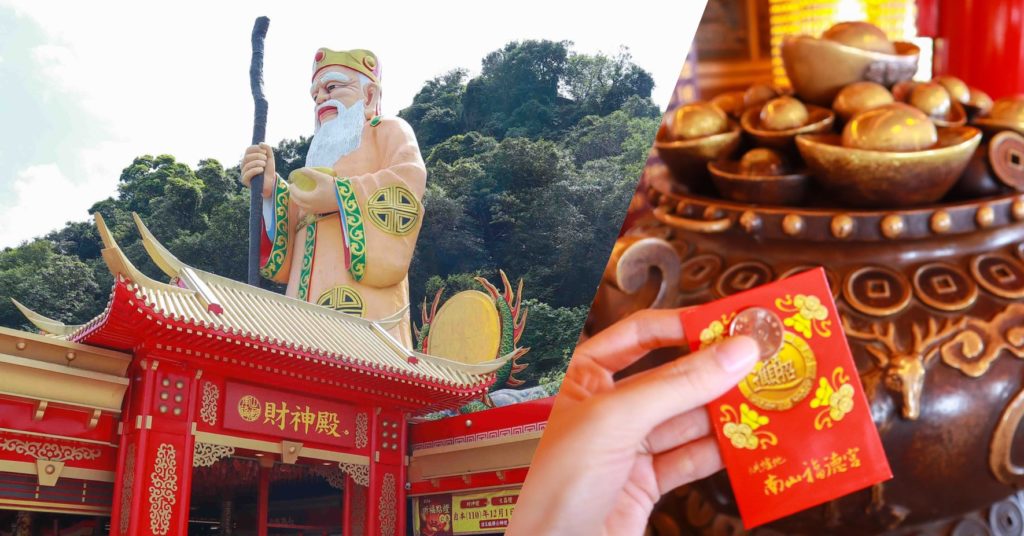 [New Taipei Attractions] The Nanshan Fude Palace in Zhonghe Furnace is super effective for seeking wealth. It is open 24 hours a day, and the boss's business is here! 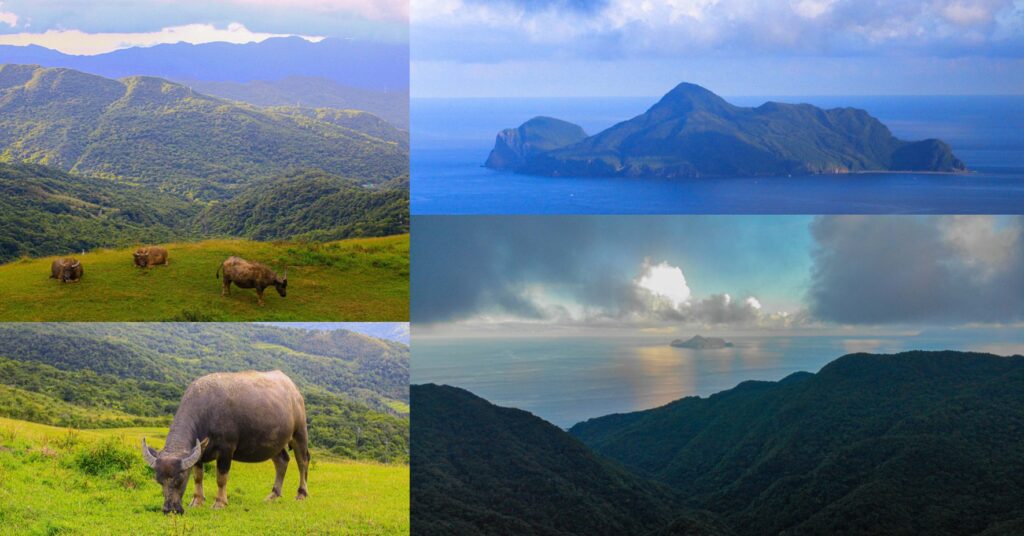 [Xinbei Restaurant] Green Cube landscape restaurant, a red brick castle hidden in the forest, you can see transportation, menus, and nearby attractions at once!

[New Taipei Cuisine] Delicious food in Tamsui Old Street, those classic must-eat 8 kinds of copper plate snacks, if you haven't eaten it, don't say you have been to Tamsui!