[Chiayi Alishan Lazy Bag] A summary of 13 attractions in Alishan! The giant wooden plank road, the deer forest, the sacred tree, and the sister pools are the best attractions to absorb the essence of Fendor. The mountains and rivers are so cozy!

Compared to Allie, Alishan is a bit like 101 relative to Jeffy. It is a scenic spot that has always been only heard in textbooks, but has never been visited. Therefore, as a native of Chiayi, Jeffy decided to explore Alishan again with Allie this time (after all, the last time I came here should have been several years ago), but this time our itinerary is actually very loose, just want to spend the holiday lazily ~ Let’s introduce our two-day and one-night sunrise tour on Alishan!

✔ Tickets for popular attractions in Chiayi

Due to the departure from Taipei, we chose to live in Chiayi for one day, and then set off to Alishan the next morning. It takes about two hours to drive from Chiayi City to Alishan Forest Recreation Area. There are mountain roads in the process. If you are prone to motion sickness, it is recommended to take motion sickness medicine before you go. After arriving in Alishan, because I especially wanted to experience the Alishan train, we started our journey of exploring Alishan from Shenmu Station. The route of the two-day itinerary is roughly as shown in the figure below, mainly taking a comfortable route, taking pictures with whatever you see, and relaxing.

Alishan Station is mainly made of wood structure, and the overall look is very textured~ After entering the entrance, you can see the fare and timetable of the ticket office. It is recommended to refer to the timetable in the photo below, or you can come firstAlishan Forestry Railway and Cultural Assets Management Office inquiries, After all, I missed it, but I have to wait another 30 minutes! The price of a one-way ticket is 100 yuan for a full ticket and 50 yuan for a preferential ticket.

After buying the ticket, go directly to the platform where you want to finish. The entrance of the Shenmu Line is at platform 3. Come here in advance to avoid missing the train!

Before taking the ride, we repeatedly confirmed the destination we were going to, and we planned to go to Shenmu Station first. The interior of a train carriage is similar to that of a shuttle bus, with seats distributed on both sides of the carriage.

The small train arrives at Shenmu Station in about seven minutes. There is a wooden plank road for pedestrians beside the station. If you look to the opposite side, you can see the huge Shenmu near the station. This three-thousand-year-old sacred tree was once the most famous sacred tree in Alishan. Later, it was put aside for safety reasons. The sacred tree remained in the hearts of tourists with this attitude. Each sacred tree is very tall and placed upside down. Let the human body know its majesty and hugeness ?.

Next to the fallen sacred tree is a plank road surrounded by other giant trees. This is the most comfortable part of the journey I find Alishan. Although it is uphill, it is completely released in the green nature. When I concentrate on climbing the stairs, I only hear my own breathing. At this time, we adjust our body and mind and begin to exchange air with nature madly~

Starting from Shenmu Station, climbing the giant wood group plank road is an uphill route. With super fresh air, we start aerobic exercise! If you come here in summer, the dense foliage will block out the sunlight, which is also a very good summer resort. Along the way, I saw 38 giant trees numbered by Alishan, each giant tree fully demonstrated the tenacity of life, desperately growing up. In this area, you can find some light penetrating and few tourists to take some spectacular photos!

Continue to move forward, we walked to Ciyun Temple. Due to the heavy fog that day, Ciyun Temple looks like a fairy temple in the deep mountains, and we are like people who have traveled thousands of miles to this practice. Taking a break, with a body suffering from cold along the way, drinking a cup of warm tea at this time couldn't be better!

Then I slowly came to the exit area and visited the Alishan Post Office, the most important financial institution in Alishan. At the same time, it is also the highest post office in Taiwan. Its antique architecture is very classical and beautiful. Is it much different from the post offices generally seen outside ❤️

After walking around for dinner, there are not many restaurants to choose from on Alishan. We really wanted to eat hot pot, so we went to the Shan Bin restaurant next to us for dinner. Three people ordered three dishes and one hot pot, the portion was quite enough! After eating, we checked into the hotel in Alishan and prepared for the sunrise activity the next day.

Before sunrise, you can see the aftertaste of the sun. Fortunately, the weather was good and there was no rain.

The sun gradually came out. At that time, the tour guide sent us an attenuation film, fearing that our eyes would be uncomfortable looking at the sun for too long.

That day we tried to shoot the sunrise time-lapse, and wanted to see how the sun slowly emerged from the distant mountains.

Then we walked along the Xinzhongheng all the way to 89.3K, and came to Lulin Shenmu. Lulin Shenmu is nowTaiwan's second largestThe sacred tree, but most of the people passing by only saw the top of the sacred tree, because the deer forest sacred tree grows 40 meters under the cliff beside the road. Now that there is a trail, you can go down through the wooden plank to appreciate its heroism.

Then I will drive a little further, and I will come to the boundary monument of Yushan National Park. I heard that there are often macaques around here, but unfortunately I did not see it this time ?

After watching the sunrise, we returned to the park to have breakfast, and then we took the shuttle bus to Numaping Park by ourselves. Next to Numadaira Park is Numadaira Station. If you take a small train, you will get off here. After sunrise, we encountered heavy fog and the station was shrouded in a foggy scenery.

We continued walking from Numaping Station and came to Sister Lake. This pool will be called the sister pool and there is a tragic legend. According to the legend, the two sisters fell in love with the same boy and did not want to hurt each other in the end, so they ended their lives in Sister Tan and Sister Tan respectively. Hearing this story in the foggy weather, at this time the sky also began to rain slightly, is it a bit (poignant)?

In addition, on the trail near Zimeitan, we can also see that the trees on the ground are arranged in the shape of a fish and Taiwan. Isn’t it pretty cute ❤️

On the side of the sister pool is the Golden Pig's Annunciation. At first we couldn't find how to look like the pig, but finally we found the right angle. The curled pig ears and empty wooden pig nostrils, are they super-like on the side of a pig? It is named after a golden pig.

At the last stop, we came to the Shouzhen Palace. There are many businesses selling food. There are seats on the side where you can buy something to eat and rest. There are also toilets. There is a shuttle bus that can take you back to Alishan Railway Station. You can walk back if you don't have time. It is said that Shouzhen Palace is near the third day of the third month of the lunar calendar. It is the Christmas of God Xuantian. There are often dry balls and moths on the statues in the temple. It is a special scene, also known as the pilgrimage of the gods.

Alishan is really big, and it seems that there are endless places to walk! This time our two days and one night explored the Alishan Forest Recreation Area through small trains, shuttle buses, and part of the walk. If it's the cherry blossom season to Alishan, it will be even more special. Here, by the way, share the photos we took in Alishan during the cherry blossom season. 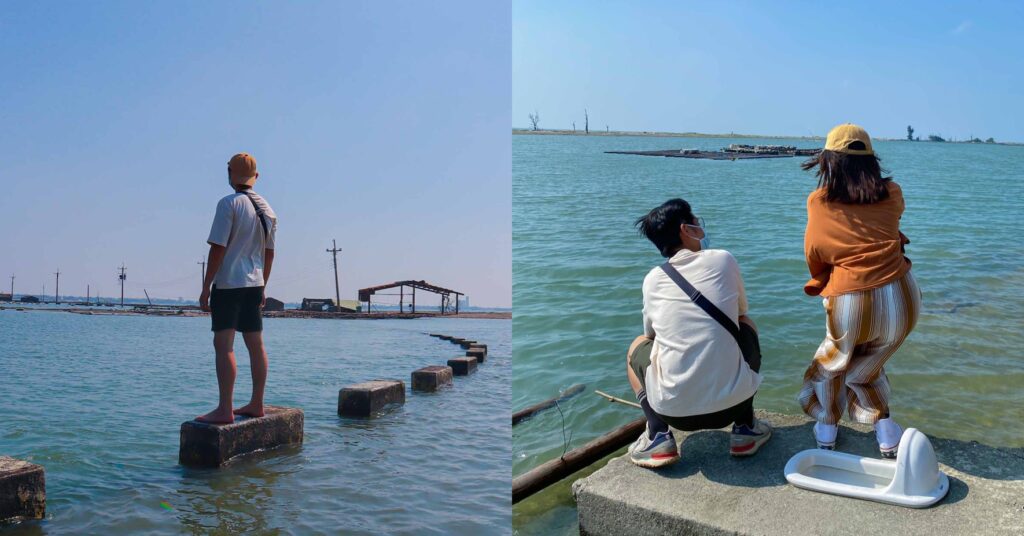 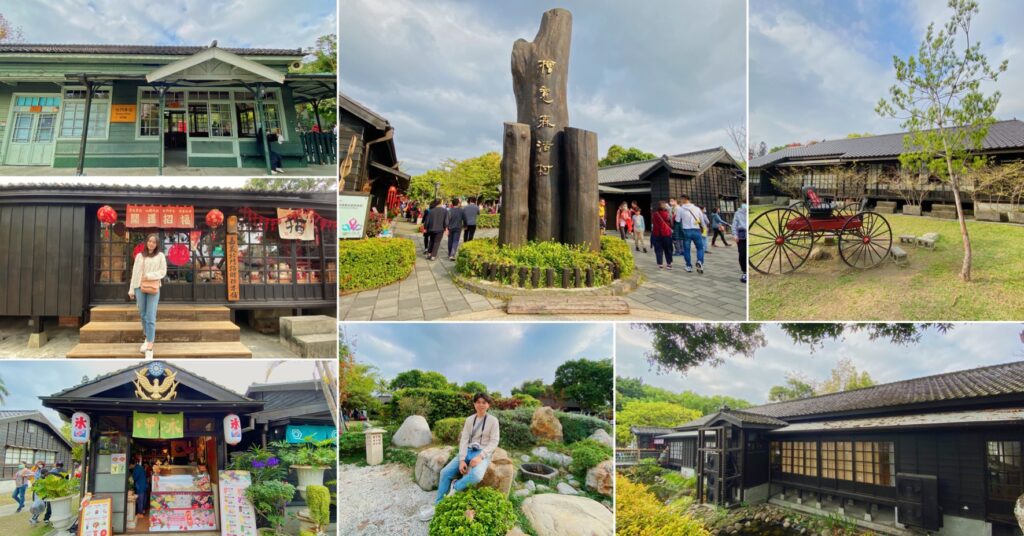 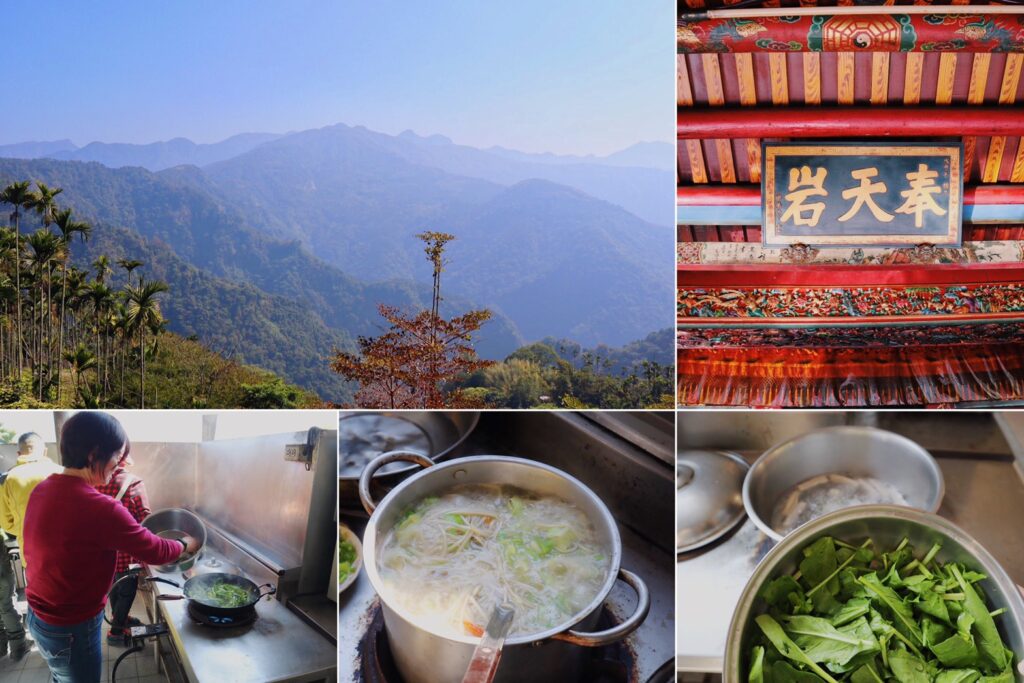 [Scenic Spots in Chiayi] Independence Mountain Fengtianyan half-day tour, free use of pots, bowls, tea utensils and kitchen, bring your own ingredients to cook in the mountains! 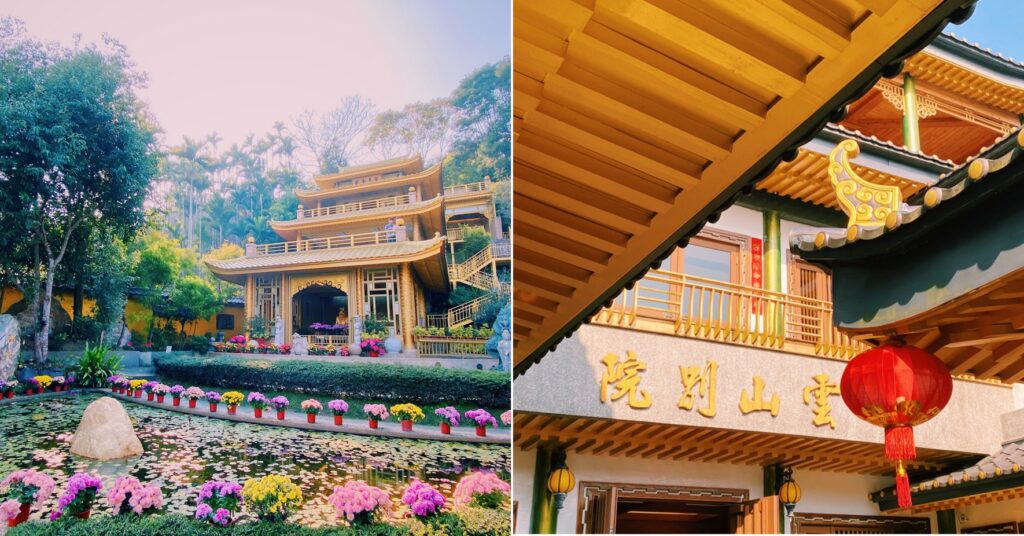 [Scenic Spots in Chiayi] The Taiwan version of the Golden Pavilion Temple and Qiaoyun Inn of the Dragon King’s Palace, free admission to private small attractions, a solemn and tranquil hideaway!

[Thailand attractions in Ayutthaya] Chaiwatthanaram Temple, Wat Mahathat, Buddha in the tree, travel slowly to the ancient city, and encounter cultural relics in the city.

[Scenic Spots in Kanchanaburi, Thailand] In addition to Bangkok, also have fun here! Kanchanaburi, which is super close to the local residents, introduces the scenic spots on the road for two days and one night.