If it is the biggest challenge to prepare a wedding, but what we can't put it down the most is definitely the self-composed song we sang when we were in the second stage - We're Getting Married~~❤️The predecessor of this song was written by Jeffy to celebrate Allie's birthday in 2019., There was a rap style at the time, and because the phone happened to haveGaragebandThis app, so under the random play, the song was born, you can listen to the original version of jeffy's green (mother said the original version is more romantic?)
Jeffy and Allie have only received the education of school music lessons, taught guitar by themselves, do not have deep musical attainments, and are still laymen.I hope to help friends who have no musical foundation like us, just like to listen to music, and want to create their own!

With this song as the foundation, we who got married a year later decided to turn it into our exclusive wedding song, and Erjin's performance was also settled! Here you will find that the melody of the two versions of the chorus is completely different. At that time, we wrote about three or four melody for the chorus, but none of them sounded very happy. After thinking about it for a few days, Allie slowly appeared here. The version is a bit like Disney's animated joyous duet.I suggest everyone who can’t think of a chorus, you can also try different languages.At that time, we couldn't make good songs in Chinese, so we changed to English decisively, only to find that it feels better! Can alsoAdd some family thoughts or mantras to the music prelude and interlude, so that the family members present will feel more involved when they hear it.You can listen to a more detailed version after the update👇

We didn't use special recording equipment, we just used a laptop to record. In fact, it's very clear! Special inflection (like our high pitched Donald Duck), the volume level can beGaragebandMake adjustments inside. Throughout the entire song is the acoustic guitar we are most familiar with,Decide on the base instrument, then pick out the chords, beats and tempo, We chose the sequential chord C-G-Am-F in C major, 4/4 time, 110 tempo. After deciding on the above, choose a nice drum kit. In fact, the whole song is almost complete, and then some changes are added to create a feeling of inheritance and transformation (same as writing!) We hope that the first chorus can be more than the main song. Exquisite, so I added the violin, bass and piano, but I don't want the arrangement to be too complicated, so only a little bit of sound was added to the bass part.

In the second verse, I want to be more lively than the first verse. The timbre of the electric guitar is added. There is not much difference in the verse, but the arrangement of the electric guitar is more, which can be a lot richer on the whole! Also put the interludeWedding photos, Let the guests recall our growing process through music, and finally, at the end of the interlude, an effector was put to stop the sound abruptly, and then enter the climax of the whole song!
Last paragraphThe chorus will be more joyful if the chorus is raised by two scales (the key of C is raised to the key of E), The melody of the chorus is matched with the lyrics of the main song to create the last climax feeling (we refer to the practice of many popular songs), and finally the erhu and French horn are gradually weakened and gradually eased down.

The lyrics part of the suggestion canRecall with another partner, what memorable events happened during the relationship,After recording it, decide on the appropriate rhyme (of course, it doesn't have to rhyme! It's just that our main song tends to have the taste of Rat Noble, and we hope that it will rhyme more smoothly). If you can't think of a rhyme, you can look it up in the dictionary for inspiration and get excited! Below is our full lyrics👇

Dad Allie: Arong, Yeli, be happy!
Allie's mom: kid~have dinner~
Mom Allie: If you want to eat fruits and vegetables, the nutrition will be insufficient!
Jeffy Dad: Oh! Jia Gaba Dudu~ (Eat well and hold up well)
Allie: Shrimp is a tyrant and duo alone, so you can carry Xi'an and catch the Jia Aijia? (What is badudu, why do you like it so much?)(Note 1)
Jeffy's mom: The things you carry are all black and white, and Ama accepts it (you throw everything away, and Ah did not want to accept it!)
Sister Jeffy: Hein is digging but hey, Hei is on behalf of the dragon! (That’s not what I lost, it’s all Jeffy)
Jeffy: Hey, the black is inside! (Hey, that's a skirt!)

You appeared today in 1982 with your big watery eyes.
Shuhui’s mother has been working for twenty years
We always have those resonance points and love to dive into those sea levels (Note 2)
Ordinary summer No I can't, where do I go to New Zealand?(Note 3)
On the night of Tian Jifa’s barbecue, with the guitar on his back, only me and you
I said I will always be with you, and where do I fly to Turkey(Note 4)
I graduated from college and provided me with battery life on weekends.
Walking through the solar system, we are flooded with video cameras
The magnificence of Beijing, Tianjin, Qingdao, and the rainstorm in Osaka.
Inhale oxygen for dozens of meters underwater, and the lounge chairs on Boracay(Note 5)

Sister Jeffy: Hey Big Caveman is calling you! (Hey, fat guy, calling you)
Brother Jeffy: What room, the black mother is calling you, the horse is the big cave! (Why, that's my mother calling you okay, you're fat too)
Sister Jeffy: Does your tooth hurt?(Note 6)
Mom Allie: Let’s walk the dog together~
Allie: Niuniu can't walk again!
Sister Allie: So boring, what are you doing on holiday?
Brother Allie: Do you want to fight?(Note 7)
Mom Allie: Go to bed early! Don't keep playing the computer
Sister Allie: Dig miles!
Aunt Jeffy: Marrying a wife is not that simple!(Note 8)
Jeffy's mother: Exercise, if you want to live, you have to move!
Mom Allie: It's too late! Stop reading
Allie: Wait a minute! It's only eleven o'clock now!
Allie's mom: Go to bed early and have class tomorrow
Jeffy Dad: What time do you sit back?
Jeffy: Maybe it will be at 8:30

Get along for more than two thousand days, let me be your Bloom(Note 9)
Join hands to become the winning team, and become the envy of everyone
Maybe sometimes lost the voyage, maybe jogging Arbor is poisoning
But if I am on the road, all enemies will step on the mushrooms(Note 10)
Later, I raised two chubby cats, one of them always couldn’t eat enough
The dumplings meow together and become my exclusive wake-up number
Although I have eaten a lot of food stamps, it is also a good medicine for depression
I sincerely hope that they don’t get old and record our long-distance love race
The two engaged in the marriage promised in Jingmei, and made a life-long touching vow
The picture of exchanging rings with each other, our love steadfastness will not change
Married to the Chiayi Royal Hotel, waiting for you in a white gauze
Say goodbye to parents with tears, today Wu and Li are in good relationship with each other

In order to be afraid of forgetting why I wrote these lyrics in the future, this record will write down some special places by the way.

The above is our songWe're Getting MarriedThe creative process is easy to say, but for non-professionals, we still tried for several days to get the final result. I hope that people who have no musical background can help after reading this article! We thought it would be fun to write each other's stories into songs in sequence and add in some of the big and small things from life, which I think would be perfect for a wedding too! No matter how many years later, it will be very memorable, and I hope it will give some inspiration to those who want to try to write songs! Finally put a zoomed photo of our wedding 😁

【Marriage Record】What are the marriage ceremonies? Our marriage process, marriage game, and traditional customs are all sorted out.“/>
JA life wedding reception 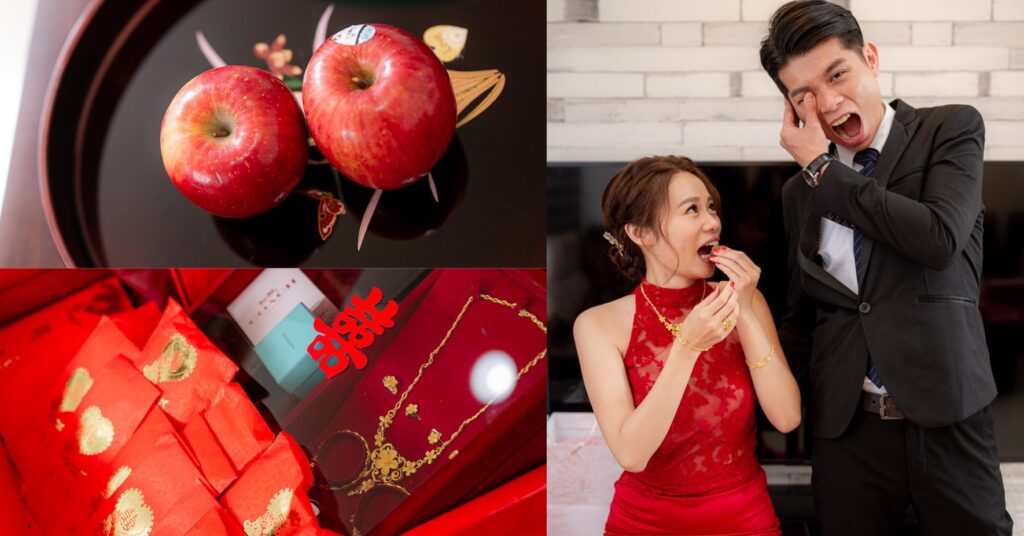 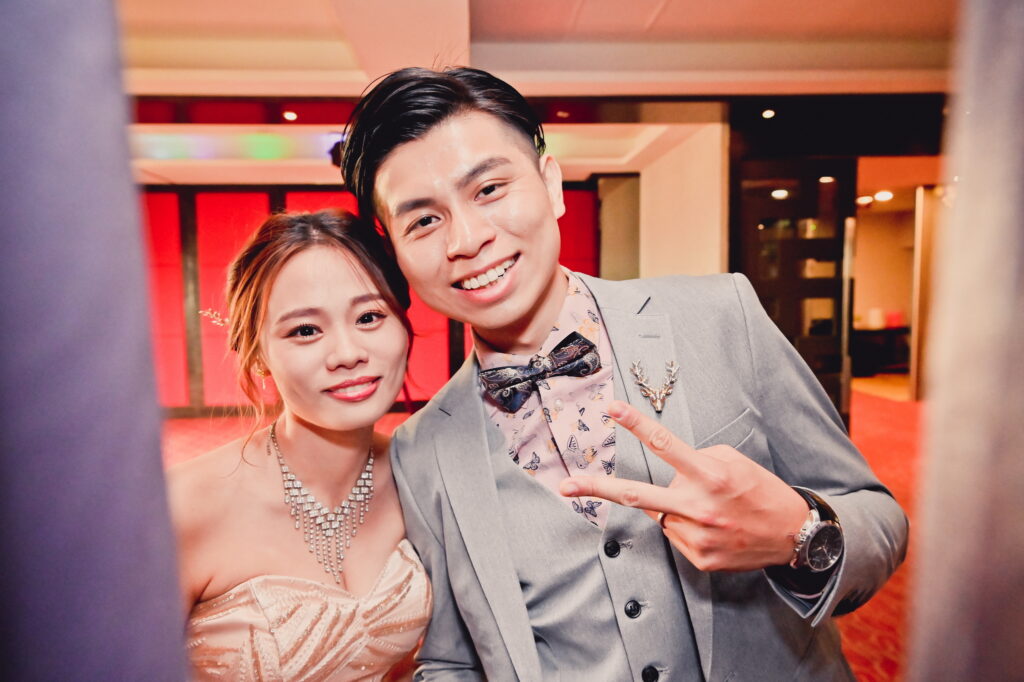 【Marriage Record】Write your own wedding songs! Erjin's own song We are Getting Married!“/>
JA life wedding reception